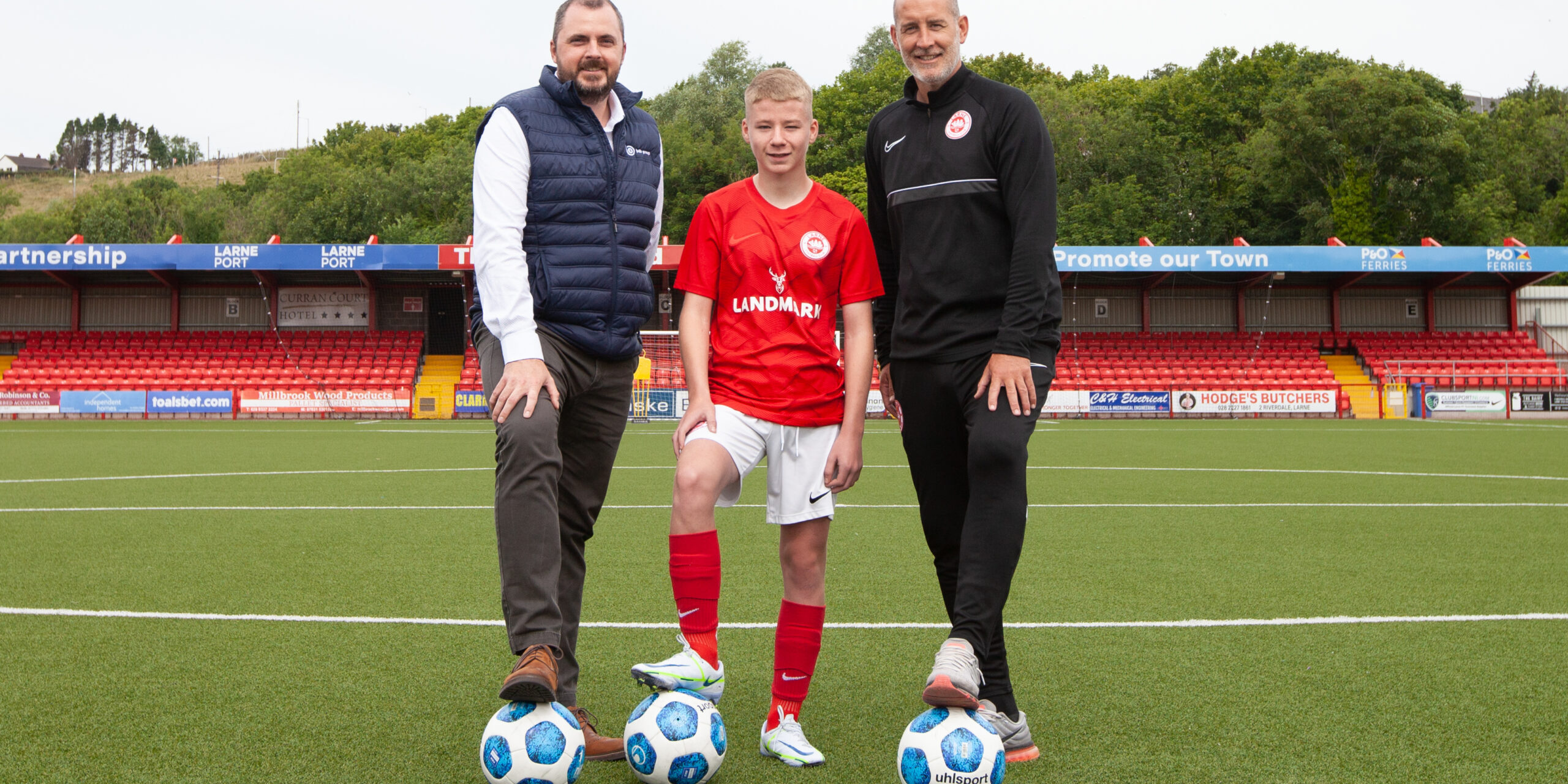 b4b Group has announced its sponsorship of Larne FC’s 2009 team as it competes in this year’s SuperCup NI tournament.

The leading IT and telecoms provider has sponsored new equipment for the team ahead of the competition kicking off on Sunday 24th July.

“At b4b Group we’re proud to work with sporting clubs and associations right across Northern Ireland, and we recognise the significant positive impact these organisations have locally.

“Our sponsorship of the Larne FC 2009s forms part of b4b’s commitment to community development and it is a pleasure to support the next generation of Northern Ireland football stars.

Founded in 2010, b4b Group provides fully integrated managed IT services to a growing customer base across the UK and Ireland.

With clients across the private and public sectors, b4b Group works with organisations across multiple industries from retail, manufacturers, hotel and hospitality, health providers to business, enterprise parks, and beyond.

Further information can be found at www.b4bgroup.ie

The role of digital in tackling the climate crisis
October 27, 2021